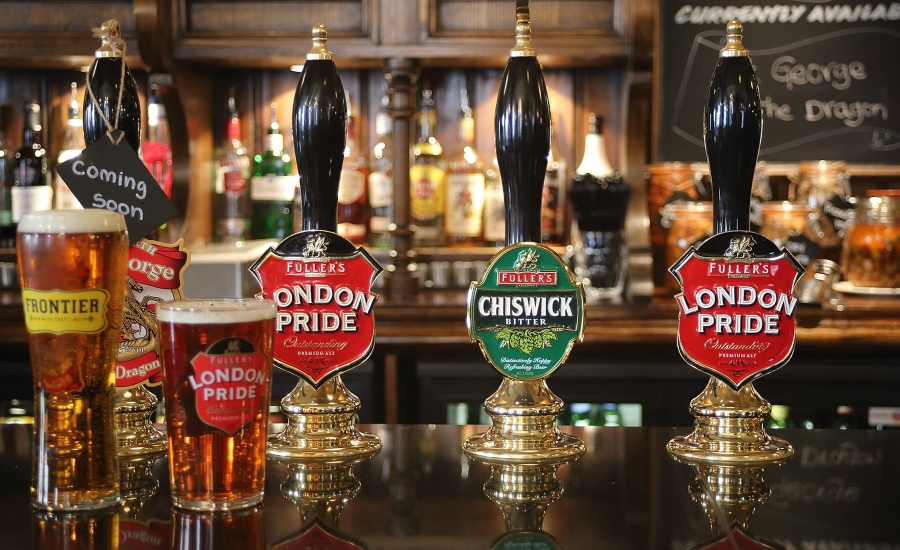 A ticking time bomb: saving the UK’s pubs and shops

Coronavirus has proved especially challenging for pubs and retailers in the UK. High street footfall is still down by around 40%, and there’s already been an estimated 125,500 job losses across the retail sector this year.

After the coronavirus pandemic hit the UK, business rates for retail, hospitality and leisure businesses in England were halted for the 2020/21 financial year. This ‘holiday’ provided much-needed respite to struggling hospitality companies. However, with it set to end in April, reintroducing rates could be the last blow for a sector already fighting for survival – especially amid new lockdown rules that have seen a 10pm closing time imposed on pubs.

The final straw for our pubs

The British Beer & Pub Association (BBPA) has warned that thousands of pubs across the UK could be forced to call time next year as they face an £800m business rates bill at the end of March 2021. This averages £25,000 per pub, and a cost that not all will be able to afford.

“Given that all these pubs made it through the lockdown – over 15 weeks without being able to open their doors – and have remained viable businesses, despite social distancing and significantly lower footfall, it would be devastating for them to fall at the final hurdle in the post-lockdown recovery. It would mean much of the Government’s vital support for the sector through lockdown would have been wasted,” comments BBPA chief executive, Emma McClarkin.

Meanwhile, trade body UKHospitality (UKH) has warned that at least 900,000 hospitality sector jobs could also be lost nationwide, while a coalition of retailers claim a further 10,000 shop jobs are at risk. That’s unless the Government takes action on business rates and provides sector-specific support.

Although there has been a number of support initiatives from the Government – such as Eat Out to Help Out and a £500m investment into pubs and restaurants – most policies have been temporary, stop-start measures, and simply haven’t brought enough money in. Many businesses remain fragile and are reeling from the long-term impacts of COVID-19. As such, there’s a desperate need for more stable and targeted support for the retail and hospitality sector to encourage growth and investment.

To deliver a long-term boost to the hospitality sector, the Government must answer the calls for an extension on business rates until the 2021/22 financial year. Ending the rates holiday too soon will weaken these sectors, leading to job losses and a further shrinking UK economy.

It’s not just the hospitality sector – the retail sector faces an uncertain future if the rates return, too. And it’s not just the business rates that retail must overcome. In fact, the entire rates system needs reviewing, and potentially overhauling, if retail companies are to thrive.

Business rates are calculated based on a property’s ‘rateable value’, which is re-evaluated every few years. Following the 2017 rates revaluation, lots of retailers with premises faced sharp business rates rises. Many of those affected were able to apply for upwards transitional relief – which caps a big annual bill increase by slowing rates rises. However, in the business rates system, this transitional relief is funded by ‘downward phasing’ – slowing the speed at which those retailers whose rates are valued to be lower get their bills reduced. This has the effect of putting heavier business rates in areas where rents are falling. For example, one M&S store in Barrow saw its business rates bill fall only 2% from £102,000 (in 2017/8) to £100,000 (in 2018/9), despite a rateable value drop of over 25% – leading to an overpayment of around £20,000. Ultimately, the Barrow store was closed by M&S, the business rates in the area likely being a key factor in the decision.

Beyond the initial cost, many retailers also fear improving their stores because of the increase in rate bills that will follow investment. This hesitation hampers growth and investment in retail properties, and damages job creation.

Last year, more than 50 retail industry leaders, including big-name high-street brands like M&S, Boots and Debenhams, called on the Chancellor to deliver real action on business rates. That’s because the current business rates process is broken: it not only stifles growth but is also leading to the closure of stores and the decline of high streets in towns across the UK. With the state of the industry on a knife edge, it’s crucial the Government answers that call and reforms the business rates system to help retailers save the sector.

However, whether or not the rates relief is extended, businesses in the hospitality and retail sectors need to innovate to increase profitability – and this potential growth could be generated by the right planning and development. Identifying opportunities that can deliver new revenue streams, by providing more space for customers and additional services, could potentially increase profits. Pubs could convert upper floors of their buildings into residential accommodation, or even expand their buildings to provide further space to increase revenue. And for companies operating in the retail sector, developing additional spaces that allow for social distancing within their commercial spaces, and serving food and drink to shoppers, could also prove to be financially beneficial.

These are extremely difficult times for everyone, but as we have seen time and time again, invention is born out of necessity. Given the current climate, it is vital that these industries apply the innovation and imagination to thrive – whether or not the Government does the right thing and stands by them in these trying times.

Backed by leading private equity firm, Platinum Equity, we have a network of over 219 branches across the country and employ over 2,600 people.

Renters’ Reform Bill: The changes on the

Why property services need to lead the